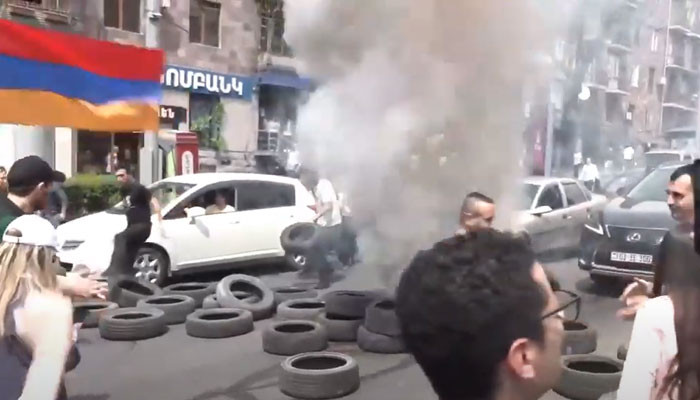 In the early morning of August 1, already on another tarantass, the travelers headed towards Yekaterinodar. High in the sky were small clouds driven by a strong wind. Their shadows glided across the bright fresh green of the grass, over the greasy brown patches of ploughing. The sultry southern sun shone, eventually dying out. The sunset faded, and the full moon drenched the road in deathly silver. It was quiet, only the wind, which never abated in these places, made the tops of the trees whisper barely audibly. He always blew in one direction — from the Caucasus Mountains and to the north. The outlying trees, standing alone, bent from his pressure in an eternal bow, their branches stretched in one direction. This wind originated high in the mountains, on frozen glaciers, where the cold gray sun burned and there was no place for either the beast or the man. Down here on a plain fried like a frying pan, the deadly breath of ice became life-giving and moist and made it possible to grow excellent crops. In the early morning, the rays of the sun, still weak, fell obliquely on the forest peaks, and on the shaggy heads of the giants, where the stars played and hid at night, fiery crowns flashed one after another.

Light and warmth slowly crawled down the tree trunks when the lights of Yekaterinodar appeared in the distance, which in 1860 became the center of the Kuban region. When the Tikhoretsk-Ekaterinodar-Novorossiysk railway was built in the North Caucasus, it turned into a major commercial, industrial and transport hub.