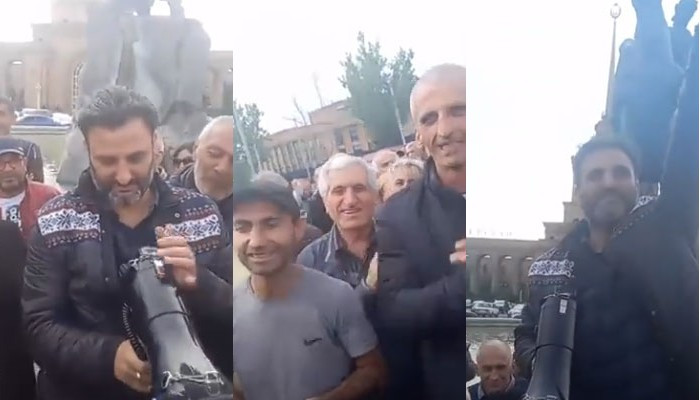 Everything that was said above was well known both to the author and to all patriots who were rooting for their homeland. So what is the sensationalism of the quoted essay? It turns out that “an analysis of the historical situation at the beginning of the century, international political significance and diplomatic consequences, as well as legal wording and stylistic features quite confidently indicate the existence of some conditionally “secret protocols,” perhaps in the form of appendices or separate additions that allow us to see this document in its final form. , in its logic and coverage of problems, form An important circumstance that determines the urgent need for a new study of the contract is the presence of convincing and self-sufficient historical facts indicating that the contract was concluded for a certain time,

Further, Levon Eyramdzhyants analyzes many historical documents, events and facts. Here, for example, is an excerpt that is directly related to my hero. It turns out that “in 1925, the Ambassador of the RSFSR in the High Port Vinogradov, in an official note, demanded the denunciation of the Russian-Turkish Treaty of 1921, accompanying “behavior so unconventional in international practice” with statements about Russia’s readiness to implement it unilaterally. At the same time, according to Turkish (! ) to the source, Ambassador Vinogradov, in an oral conversation at the Foreign Ministry, explains: “We cannot wait 25 years and signed the RTD because then we were weak.” And now “we are strong and demand the restoration of the borders of Armenia.” To which one of the most famous statesmen of Turkey of that time, Ismet İnönü, immediately reacts: